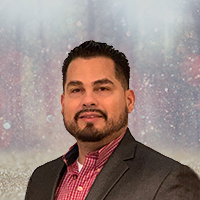 Within this role, he works to identify Latino or minority operated organizations that can benefit from an affiliation with Inperium. Mr. Piñeiro also strives to promote a culture within all organizations of the Inperium constellation of companies where individuals from all racial and ethnic identities, ages, nationalities, social and economic status, sexual orientation, gender identity/ expression, religious, political and ideological perspectives, and physical and mental abilities are able to thrive and be engaged. He continues to perform certain aspects of his duties in the Office of Administration for Apis Services, Inc. and acts as a liaison among the Inperium, Inc. President, Apis Services, and the staff.

Mr. Piñeiro hails from Puerto Rico and is fluent in both English and Spanish. He began his career in the human services field in 2000, shortly after relocating to Reading, PA. In 2005, he began working for Supportive Concepts, an affiliate of Inperium, Inc., where he continued fulfilling various direct care and leadership roles. Mr. Piñeiro has been versatile throughout his career and has been part of several agency re-structuring initiatives. As a result, he has learned many aspects of various departments. Prior to arriving in the United States, he attended The University of Puerto Rico.